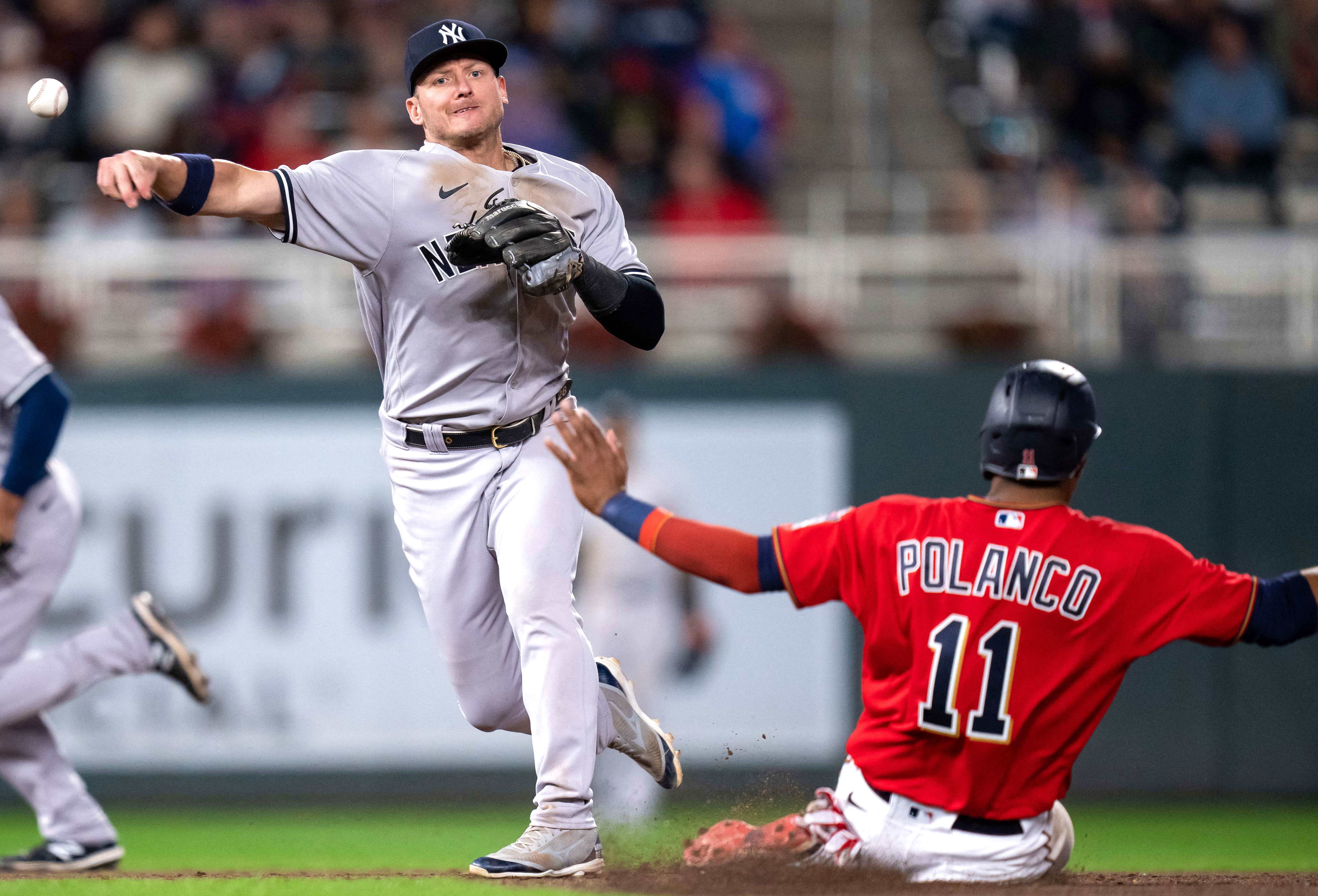 MINNEAPOLIS — Josh Donaldson had a memorable return to Minnesota.

He was booed by the crowd before each of his at-bats then had to duck out of the way of a 97 mph fastball from Trevor Megill in the top of the ninth of the Yankees’ 10-4 win over the Twins.

Donaldson said he had “no idea” if the pitch that buzzed him was intentional.

“I was just trying to get out of the way of the ball,’’ Donaldson said.

He singled and walked but is just 2-for-14 since returning from the IL following a cortisone shot to his right shoulder.

Prior to Tuesday’s game, Donaldson said the shoulder “feels great.”

He attributed the lack of productivity at the plate to the time he missed — an absence that began with a stint on the COVID IL then the cortisone injection.

“My timing hasn’t quite been where I want it and that’s to be expected,’’ Donaldson said. “[Getting] reps is a big part of it.”

Aaron Boone noted Donaldson has been drawing walks and hit a long sacrifice fly to drive in the game-winning run on Sunday against the Tigers in The Bronx.

This is also Donaldson’s first trip back to Target Field since the March trade that sent him to the Yankees.

He said he had “no regrets” about his time in Minnesota, but acknowledged he and the team didn’t play as well as he wanted after signing his free-agent deal.

After requesting a trade when he was optioned, Miguel Andujar reported to Triple-A Scranton/Wilkes-Barre and was scheduled to be in the lineup on Tuesday before the game was washed out.

Phil Nevin, who was ousted as third base coach by the Yankees after last season, was named interim manager of the Angels following the firing of Joe Maddon.

Boone, a longtime friend of Nevin, called the news “emotional.”

“I’m really excited for him,” Boone said of Nevin, who was the Angels third base coach. “I think he’ll do great. He’s such a great baseball guy and certainly paid his dues. He was probably close to landing a [managerial] job a few different times. He’s poured a lot into this game.”