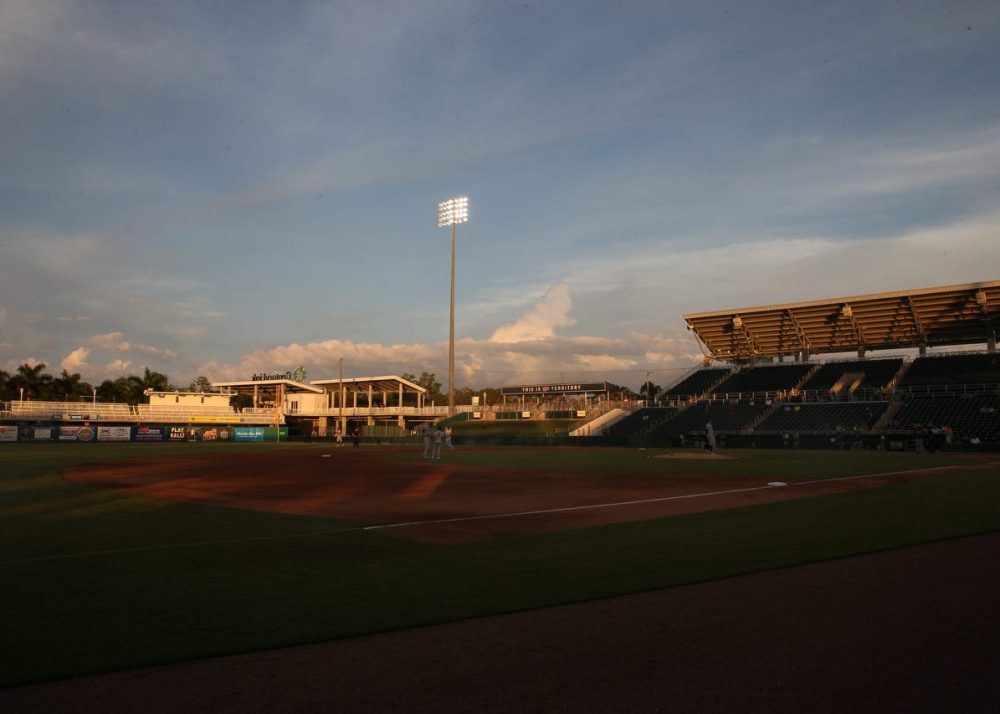 Minor league life just got a little gentler. A few weeks ago, news broke that major league teams were to assume responsibility for all minor league housing, though the details on that policy were vague, and at the time, plenty of people pointed out that the details would make a big difference. Now we have those details.

Minor league living conditions has been a beat of mine since 2012. Minor league wages run about $10,000 to $15,000 for a season, and players had been responsible for finding their own places to live, along with much of their food. Players commonly lived in overcrowded apartments sleeping on the floor and eating whatever food they could afford. Even with no knowledge of human development, it’s easy to see the problem there. How are people who need to be in top physical shape supposed to do that living like… that? Adding a bit of expertise in human development didn’t make it any better. Living in a situation where you’re always worried about making rent and not having enough money for food means that you are always worrying, and it’s the worry that gets you. It leads to the buildup of certain chemicals in the body, particularly cortisol, which can eventually affect higher-order cognitive functions.

The minor league system never made sense. Well, it made sense if you wanted a cheap holding tank for your spare parts, and a couple of blue-chippers, but as a way to actually develop baseball players and human beings, it was silly. Next season, it will make a bit more sense.

The new policy will require that players are provided—at no cost to the players—with housing, whether apartments or rental houses, with the leases held by the team. That last prepositional phrase makes all the difference. Part of the problem with minor league housing was that minor leaguers are expected to be able to move at a moment’s notice to another city. It makes committing even to a multi-month lease tough. And when you have to go in on a place with five other players just to make rent, you have to worry about five other people not being able to pitch in this month. Or getting promoted. Now players don’t have to worry about that. Add in that teams are now responsible for entering into utility agreements as well for basic utilities (water, gas, electric) and providing those as well, and there’s a little extra breathing room.

There are occupancy limits in the new plan, with a maximum of two players per bedroom. That’s going to cut down on some of the overcrowding that plagued minor league life. For those who want to fall asleep, you might have a roommate, but you can say “Hey, can I sleep here and have you go hang out in the living room.” Not only is there required to be a living room, but it’s not being converted into a makeshift bedroom. It means that there can be places of quiet, which everyone needs sometimes.

A few weeks ago, I looked into what a housing program of this sort might cost. Rent is going to be the biggest driver, but I estimated that even if a team rented out two-bedroom apartments and had only two players per apartment, plus was eating the entire cost of a 12-month lease at the national rent average, the total rent would be a little less than a million dollars per year. These standards allow teams to be a little less generous than that with space, and they’ll probably also find ways around needing to pay for a full year’s lease. I am always loathe to call a number with six digits in it “nothing” but this is a small investment that could potentially produce some very big returns, sometimes in ways that we don’t even immediately think of.

My own interest in this topic came initially from reading the book The Bullpen Gospels by former MLB pitcher Dirk Hayhurst. In prepping to write this article, I came across another Hayhurst piece on the subject that made a really good point. As a culture, we don’t think much about the human beings wearing our favorite laundry or their credit scores. Hopefully, they all have several decades of life ahead of them, even after baseball. But you don’t get forgiveness for that electric bill payment that was missed and where the account was in your name just because you were a baseball player. The credit bureaus don’t care. Up until now, that was just another stressor to have to worry about. And we have seen empirically that financial stress can lead to the slow bleeding away of performance during the player development process.

When we look at minor league baseball from a “whole life” perspective (as Hayhurst suggests), we see that players have to worry about not only the immediate future, but what this will do to their chances at life after baseball. Baseball is a temporary career. The absolute best-case scenario is that you make it to forty playing the game, and of course, most wash out well before that. You eventually need to have a plan for years 30 through 80. Some players may not fully realize those stakes; some may be willing to risk it to chase the dream. But there are going to be some who take a long look at the pros and cons and say that baseball just isn’t worth it. Looking at it from an individual point of view, people are free to play their games and take their chances, but from a team’s perspective, the concern is that one of the players that walks away might have been a contributor at the MLB level. Or maybe the one that could have had a breakout season, but now that never happens.

From the player’s perspective, it’s money that they don’t have to budget for housing and utilities. In theory, it’s more money to spend on other necessities (e.g., food) or to save. Maybe it’s more money to train with in the off-season. It’s not a direct pay increase, but it’s certainly an increase in total compensation and minor leaguers will be better off financially than they had been.

I’m sure that the next argument is whether this is “enough.” I will leave the cosmic fairness arguments about how much minor league players or anyone else deserves to be paid to others. Instead, I’d caution teams to continue to think beyond the bottom line. There’s a lot of room to continue to be pennywise and pound foolish. There will be some organization that will provide housing that meets the bare minimum required by this policy. I’d encourage those teams to think more systemically about the needs that their players have. Much has been made of the minor league diet and how it doesn’t seem to match the nutritional needs of literal professional athletes. What isn’t often discussed is why players are forced to subsist on peanut butter and jelly sandwiches. We usually just slough that off with phrases like “nutritional choices.” Some of those choices might have been borne of a simple lack of money, and that will be a little less of an issue now. Some of it might be the fact that 20-year-olds often lack experience on planning and executing healthy meals. But one of the primary forces that shapes eating patterns is access to food.

Players were living in cheap apartments because that was what they could afford, and one reason that apartments end up cheap is that they’re not located near good food options or other amenities of life. What happens when the nearest grocery store is several miles away and you don’t have regular access to a car? You end up relying on whatever options are closest by. If teams go for the cheapest available option for housing, their players might end up right back in those food deserts again. They may have more money to spend, but no way to spend it on the things that they need.

These aren’t insurmountable problems. With a little forethought, teams can make sure that whatever housing choices that they make consider the whole person. But something that I have said before and bears repeating is that it will require that teams step away from the “asset management” view of baseball players. They aren’t stocks. Stocks and other financial instruments either perform (i.e., they make money) or they don’t, and we can, in retrospect we can figure out whether a certain asset management strategy was profitable or not. Front offices are filled with people who are versed in management and finance. That’s a language that comes naturally to them. In fact, it’s a language that, if we take a step back in our own little world of baseball nerd fandom and look at it for a moment, comes easily to us.

Stocks and other financial instruments have no human needs. They are, at the end of the day, pieces of paper or pieces of code. When asset managers make decisions about their spending strategies, they generally don’t have much of an impact on the broader market. They might predict correctly which stocks will rise and which will fall and act accordingly and make a ton of money doing so. And for a long time, I think the minor leagues have been seen from this lens. Most minor leaguers won’t make the majors. The minor leagues were just a framework for getting the blue-chippers (now where did that term come from?) some live BP. Why spend a lot of money on them?

What’s missing in all of that is that the “assets” that you’re trying to project are people. They have human needs. When you make spending decisions, it will affect those needs, and so your decisions directly impact the yield that you’re going to get from your investment. You have power to move the market. You’re not going to turn all those minor leaguers into Cy Young Award winners, but there are things that you can do to make things better and the evidence suggests that this can have an impact on what you’re really worried about, which is on-field performance. And if you want to then go back and look at it in terms of return on investment, feel free. But there’s going to be room within this new policy to gain an advantage by thinking about how to best meet the needs of your players.

That’s not always going to be picking the cheapest option, even if the floor has now been raised significantly.