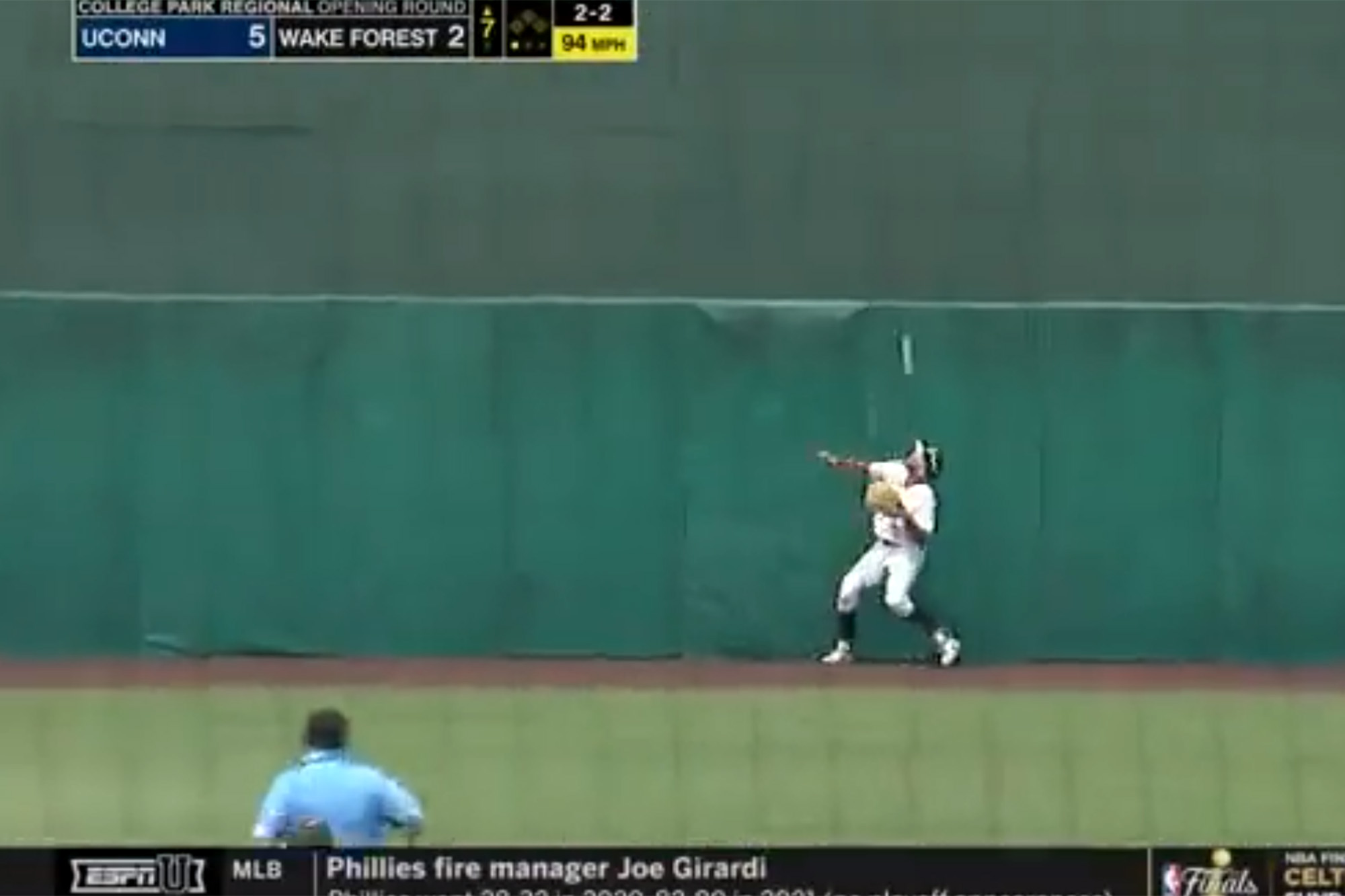 Catching a fly ball isn’t always as easy as it looks.

That was at least the case for Wake Forest center fielder Pierce Bennett, who misplayed one in a game against Connecticut badly enough that it bonked him in the head during Friday’s opening round of the College Park (Md.) NCAA regional. Bennett, who was trying to catch a warning track shot from the Huskies’ Erik Stock, backed up to the wall before the ball hit him in the head in the top of the seventh.

The ball hit Bennett hard enough it knocked off his sunglasses.

The redshirt sophomore appeared to be shaken up after the play but continued to play on. Bennett, who is listed as an infielder for Wake Forest and spent most of his first two years playing second base, has played multiple outfield positions this season.

It was also a rare mistake for him.

Bennett didn’t make an error all season. He also had 80 putouts and 21 assists.

Stock, meanwhile, was officially credited with a triple and eventually scored when UConn right fielder Casey Dana homered to give the Huskies a 7-2 lead.

The Demon Deacons rallied to tie the game in the bottom of the eighth. But UConn went on to win, 8-7.