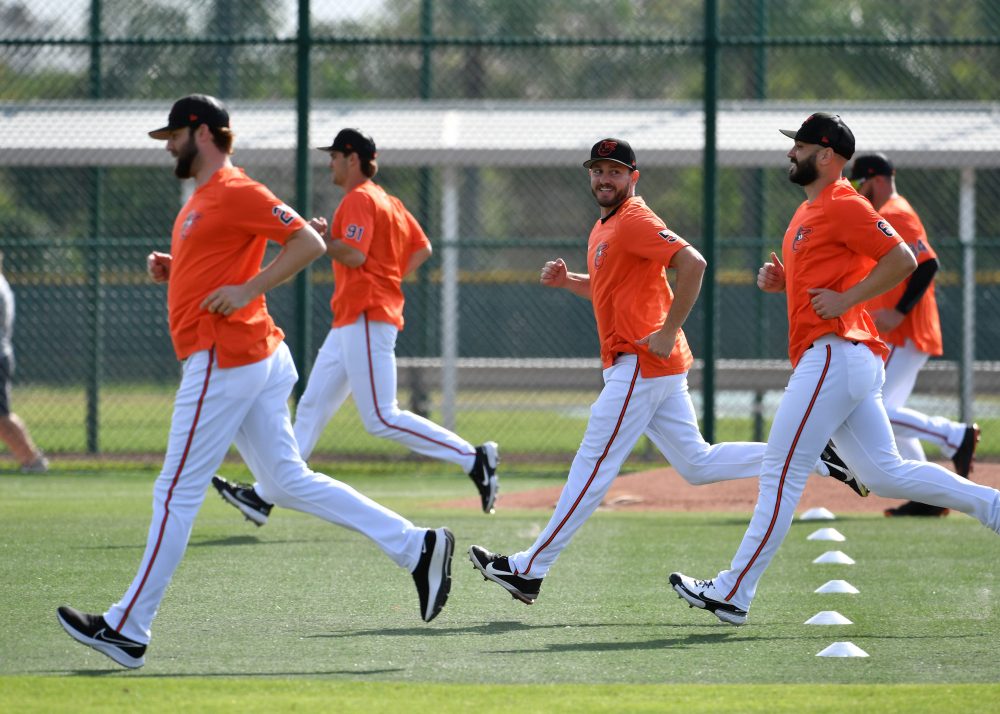 In theory, it should be impossible for the Orioles to have a worse rotation in 2022 than they did last season. The 2021 Orioles finished 30th in starter DRA and 29th in DRA overall. They had two starters contribute positive WARP. There’s nowhere to go but up, right?

Turns out you can’t hit rock bottom until you sign Jordan Lyles, the journeyman right-hander the Orioles inked to a $7-million deal that only seems modest until you look at his results. Lyles was atrocious last season as he ate up innings for the bottom-feeding Rangers. He’ll now be given the chance to do more of the same in Baltimore.

If nothing else, Lyles should feel right at home surrounded by his new rotation-mates. Here are the seven pitchers who started at least 10 games for the O’s last season, and here are their corresponding DRA and WARP numbers. Here also is where Lyles would’ve ranked among them:

Means, Zimmermann, and Akin figure to break camp as members of Baltimore’s starting rotation once more, and they’ll now be joined by a man who ranked 470th out of 472 starters in WARP a season ago.

This ragtag group will often be throwing to Robinson Chirinos, a veteran backstop who ranked 46th in FRAA among catchers who received as many pitches as he did last season. The soon-to-be 38-year-old has not posted a league-average DRC+ since 2017 and has not earned even a fractional win for his teams since 2019. One assumes he was brought in to keep the seat warm for top prospect Adley Rutschman, who was recently shut down for 2-3 weeks with a triceps strain, presumably as cosmic comeuppance for a region that inflicted Old Bay on the rest of the world. [Ed. Note: Old Bay is a blessing]

If you want to be critical of all the punching down here you’d be well within your rights. One *could* take the view that the Orioles are to be commended for allocating nearly $8 million to two veterans instead of just pocketing that cash, as they’re wont to do. Maybe Lyles is the sort of “veteran presence” that will help emerging youngsters like Akin, D.L. Hall, and Grayson Rodriguez learn how to operate in the bigs. Maybe Chirinos is the sort of experienced backstop you want helping shepherd your young arms along the way.

Or maybe you, I, and everyone we’ve ever known or loved are all going to die long before the Orioles are relevant again. It’s been four seasons now since the O’s were watchable. Close to a half-decade since Baltimore decided to tear it all down and embark on an Astros-style rebuild that has definitively, extremely not worked. One point five painful presidential cycles since O’s fans had anything to look forward to other than farm system rankings and the odd Trey Mancini bomb.

Yes, the Orioles now place third in our organizational rankings. Yes, they have five prospects on our top-101, including two in the top five. Yes, they’ve stumbled across some useful pieces like Cedric Mullins, Means, Mancini, and Ryan Mountcastle. But even the Indianapolis Colts wouldn’t hang a banner for that. Though O’s fans might get to see a few more talented, young faces this season, they’re in for another very rough ride. You can say the end is in sight if you want, but sometimes it’s hard to tell the light at the end of the tunnel from an oncoming truck.

It’s tempting to say there’s nowhere to go but up for the Orioles, but that’s not really true. There’s always another Jordan Lyles lurking around the corner. —Ben Carsley

Earlier this week, Jim Duquette explained that Mike Elias and the Orioles, even with the new incentives in the CBA, probably wouldn’t want to play their organization’s best catcher for the full 2022 season. Adley Rutschman should be behind the plate on April 7. Instead, it looks like it’ll be Chirinos, who is a significant upgrade over Jacob Nottingham and Anthony Bemboom.

Chirinos can even help a fantasy team — .238/.347/.443 with 17 home runs as recently as 2019, his last time with full-time work with the Astros. Catching around the league is thin enough that he might have found himself in a timeshare, signing elsewhere. But make no mistake: when Rutschman comes up, Chirinos is his backup. Baltimore won’t want to waste his service time the moment the team decides to field its best self. —Howard Megdal