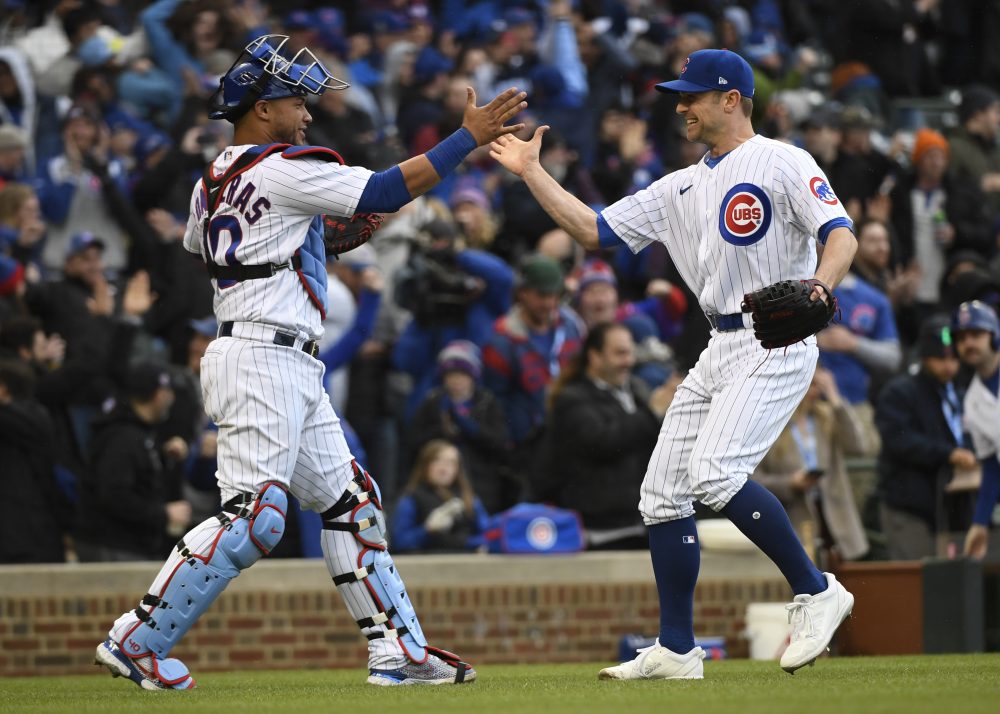 Welcome back to the FAAB Review, the column that reviews the goings-on in multiple analyst leagues in the hopes that we can help you with your own FAAB bidding process and habits. This column will mostly focus on The Great Fantasy Baseball Invitational (TGFBI), a contest that contains 31 leagues of 15 teams each and crowns an overall champion. We’ll look at the 10 most popular FAAB buys in those leagues every week. We’ll also focus on some highlights in Tout Wars AL and LABR NL, two deeper industry leagues.

David Robertson $166 (Maximum Bid $301, $52)
About half of TGBFI leagues grabbed D-Rob last week. The other half who jumped in and took him last night are paying the full freight for a pitcher who looked very good in his first save opportunity on Thursday but might not be the full-time closer for the Cubs. My money is still on him getting most of the opportunities in Chicago’s bullpen if he’s effective. While these prices are steep, I have more faith in him (as far as the job goes, not the skills) than I do over any of the other closers profiled below.

Daniel Bard $74 ($133, $25)
After the Rockies signed Alex Colomé, the assumption was he would close. However, Bard worked his way back to the front of the pecking order in Colorado with a strong spring and the rediscovery of the command that eluded him down the stretch last year that led to him losing the job. We know the deal: Bard is always a bad stretch of games away from getting yanked again, and pitching in Colorado doesn’t help his ERA/WHIP even when he is going well. But he was a useful closer, albeit unspectacular, for four months last year before the wheels came off and could certainly do it again.

Kyle Wright $58 ($167, $19)
Wright’s strong 2022 debut against the Reds (six shutout innings, two hits, one walk, six strikeouts) generated a good deal of interest last night, and at the very least he’s an automatic stash in deep mixed leagues and maybe even in 12-teamers. His issues prior to this year were tied to a lack of control, so if he has solved for that he could be a solid SP4 in fantasy. I’d leave him on the bench this week in San Diego.

Merrill Kelly $39 ($91, $1)
Kelly is a serviceable backend starting pitcher who pitched four shutout innings in his 2022 debut against the Padres but lost an opportunity for a win because he threw only 75 pitches and left before qualifying for one. The strikeouts are exciting and there was a bit of a velocity bump, but it was one start and we’re not talking an elite fastball even with said bump. He has a solid matchup this week at the Mets and is worth using in 12-team mixed and deeper.

Tony Santillan $36 ($127, $1)
There were so many one- or two-week closers for the Reds last year that I invented a generic, Mad Libs blurb that sarcastically implied that no Reds closer was worth the investment. Santillan looked great in his Opening Day save opportunity isn’t definitively the closer, as set-up man Art Warren got the save yesterday. I don’t believe Warren is either, and the Reds will probably either use a committee or alternate between Warren and Santillan. In deep leagues, I’d stash Santillan and use him in weeks where the Reds are on the road and/or have weaker opponents. If you are counting on him for saves, I’d look elsewhere — at least right now.

David Peralta $35 ($71, $3)
Steven Kwan is understandably getting a great deal of buzz, but Peralta could possibly provide the same results at a lower FAAB cost. The Diamondbacks veteran reworked his swing mechanics this winter, quieting what had been very a very busy setup, with him abandoning a leg kick in favor of a toe tap. Peralta isn’t going to do much in the power or speed departments but 10-15 home runs, 3-5 steals and a strong batting average can play as on OF4 or OF5 in this format.

Tyler Duffey $33 ($92, $2)
Jhoan Duran $23 ($72, $1)
With Taylor Rogers out of the picture, Duffey could find himself at the front of the line for saves, although a blown save against the Mariners on Saturday won’t help his cause. It’s a crowded front of the pen in Minnesota and Rocco Baldelli tends to shy away from using one closer for the entire season. Duran and Jorge Alcala probably grade out best on raw stuff but given that Baldelli used Colomé as his closer for the last two months of 2021 that might not matter. Duran is averaging close to 100 miles-per-hour on his fastball in the very limited sample of data we have so far, but Baldelli says he plans on easing Duran in as a middle reliever in the first half. We’ll see if he can hold to that plan or if Duran’s talent forces the issue sooner rather than later.

Brad Miller $21 ($66, $1)
After washing out early in his career because he failed to deliver on extremely high prospect expectations, Miller has quietly become a useful role player as a potent power bat. You need to pick your spots with him, as teams tend to move on from him or switch him into a platoon role so he doesn’t get exposed as an everyday player, but he has 20-25 home run potential even as a semi-regular player and is currently getting loads of playing time in Texas. He should be rostered almost everywhere.

Jurickson Profar $17 ($52, $1)
There was a time when a grand slam on a Sunday would have led to a lot of absurd FAAB bidding. A $17 average bid for a starting left fielder is more than fair, even if Profar can’t get back to his 20/10 ceiling from 2018 and 2019 and doesn’t deliver enough on the power to be worth your time. At this phase of Profar’s career I’m more intrigued by the potential for 10-15 sneaky steals. I just wish he still had middle infield eligibility like he did in his early- to mid-20s.

The initial FAAB runs in Tout Wars were this past Wednesday, which led to a very quiet transaction period last night. Paddack is tentatively scheduled to make his Twins debut at home against the Dodgers, and while his recent track record doesn’t inspire much confidence, starting pitching is always at a premium in mono leagues.

Yoán Moncada’s injury gives Burger a short to medium-term opportunity to log time at the hot corner for the White Sox. The lack of quality hitting via free agency is going to be a familiar theme in AL-only, and Burger’s teammate Leury García got a little FAAB run as a result.

Pagan and Duran are both candidates for saves in Minnesota’s suddenly jumbled bullpen.

Rogers was the other part of the Twins/Padres trade noted above, and the Padres offered much more clarity on his role than the Twins ever did. It’s difficult to get a closer with good skills like Rogers in season so this is a solid buy for Derek Van Riper of The Athletic. Wright and Santillan are profiled above in the mixed portion of this article.

Ramos is perhaps the most intriguing name on this list. He wasn’t available in my NFBC bracket for some reason but if you’re wondering what his mixed price might be he cost $56 in my Tout Mixed Draft league (with a $5, losing back-up bid). He isn’t going to hit for a ton of power but could be one of those 15/15 outfielders with sneaky value if he sticks and can find the playing time.