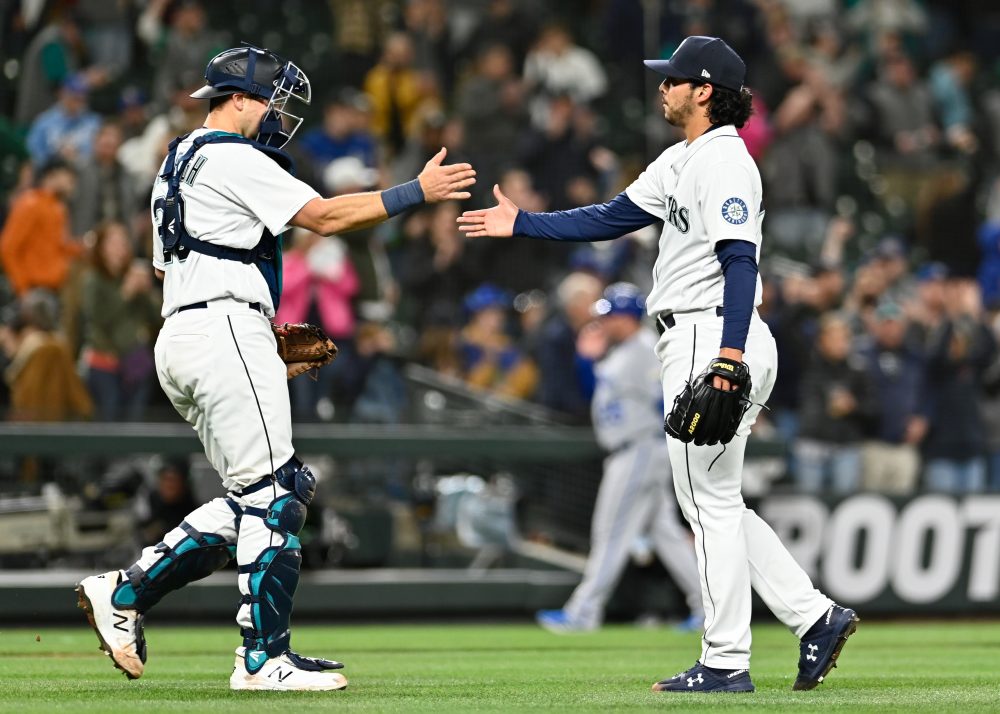 Welcome back to the FAAB Review, the column that reviews the goings on in multiple analyst leagues in the hopes we can help you with your own FAAB bidding process and habits. This column will mostly focus on The Great Fantasy Baseball Invitational (TGFBI), a contest that contains 31 leagues of 15 teams each and crowns an overall champion. We’ll look at the 10 most popular FAAB buys in those leagues every week. We’ll also focus on some highlights in Tout Wars AL and LABR NL, two deeper industry leagues.

Dany Jiménez $67 ($233, $1)
Jimenez has been the dude while Oakland closer Lou Trivino has been on the COVID IL, recording three saves for the surprisingly above average 9-8 A’s. He works backwards, relying primarily on a curveball that was described as “inconsistent” by multiple sources when he was a marginal relief prospect. It could all work – and Trivino certainly isn’t guaranteed a job when he returns – but it probably makes more sense for the A’s to stick Trivino back in the ninth to pump up his trade value as much as they can. Jiménez is a decent short-term add, but for all we know Trivino could be back tomorrow.

Andres Muñoz $61 ($151, $11)
If you don’t add Muñoz this week, you’ll be too late to add him at all. The Mariners 23-year-old phenom picked up a save on Friday and his cause was helped when Drew Steckenrider failed to convert a save opportunity yesterday. He averages 100 miles per hour on his fastball and is throwing strikes. Even if he isn’t closing, there is some deep mixed value thanks to an extremely high strikeout rate that makes him a superior streamer to a low-whiff starter who won’t help much in the category and could torpedo your ratios. If there is a drawback to Muñoz, it is that the Mariners haven’t used a traditional closer model of late.

Josh Naylor $52 ($153, $18)
Off to a late start due to a minor injury and an IL trip, Naylor has torn the cover of the ball since his return, with a .400/.423/.600 slash line in 26 plate appearances. The power hasn’t come yet, but Naylor should be good for 15-20 home runs if he sticks as an everyday player. One thing to watch for is if Naylor plays consistently against southpaws or if he slips into a platoon. Last year was the first time Naylor struggled against lefties in the majors, and the Guardians like to maximize their platoon differentials as much as possible.

Josh Fleming $28 ($169, $1)
Fleming’s peripheral stats look great even though his ERA leaves much to be desired. The key to Fleming’s modest major-league success is keeping the ball on the ground and letting the Rays’ strong infield defense do the rest. He has two home starts on tap this week against the Mariners and Twins and was one of the strongest streaming considerations on the wire. Fleming has historically been great the first time through the order and then gets pummeled after that. The sample sizes are too small to draw definitive conclusions but right now he’s only a streamer for me. I think his future is as a multi-inning relief weapon, and he’s on the right team to be employed effectively regardless of his stated role.

Tyler Anderson $26 ($61, $2)
Andrew Heaney’s injury turns Anderson from a tandem starter/reliever to a full-time starter who has a short-term opportunity to provide value. Anderson had moved away from his fastball in favor of more cutters and changeups in his first two relief outings of 2022, but employed a much more fastball-heavy approach in his start against the Padres on Saturday. Anderson is one of those pitchers who occasionally makes a change that seems to be a turning point, but it is far more likely he is a decent fifth starter who will have his ups and down like most fifth starters do. He has a home start against Detroit and is borderline usable in 15-team mixed. I would leave him on my bench for one more start as he continues to build up stamina.

Michael King $26 ($139, $2)
Aroldis Chapman’s mid-April struggles are behind him, so King’s utility primarily comes as a high-strikeout relief arm who could vulture a few wins on a good team. King is like Muñoz in that he can provide value in deep mixed because of the strikeout volume, but because his chances of closing are virtually non-existent, I wouldn’t bid more than a few bucks of FAAB.

Zack Collins $24 ($95, $1)
Collins has always been able to hit but his receiving skills left something to be desired and he struck out too much. A trade to Toronto from the White Sox opened an opportunity at playing time when Danny Jansen got hurt and Collins has made the most of it, mostly garnering full-time at bats while splitting time at catcher and DH. He might be in a platoon, but the Jays have mostly faced righties and that trend will continue this week, with six of the team’s seven games coming against RHP. Collins is a solid add in two-catcher leagues, particularly if you have a backup in one of your two catcher slots.

Daniel Vogelbach $24 ($119, $2)
I hope Daniel Vogelbach plays forever. It’s fun to watch him run around the bases after he connects. Vogey is hitting the cover off the ball but there’s nothing new in his profile to suggest he figured something out and won’t regress to being a bad AVG hitter who can smack a baseball a long way now and again. He is on the right team to get an extended opportunity, though, and could smack 25 home runs with a .220-.230 AVG if he hangs on to the job in Pittsburgh.

Bruce Zimmermann $22 ($46, $2)
Zimmermann has impressed thus far but his stuff still speaks to a fifth starter who might need to shift to the pen long term to avoid flaming out. He is making it this year by throwing his low 90s fastball less than ever in favor of a curve/change combo, but it still doesn’t seem like enough to make him more than a low-level streaming arm and a borderline playable SP in AL-only. He is a hard pass this week for me in Yankee Stadium against a Yankees team that is finally showing signs of life on offense.

Sheldon Neuse $17 ($82, $1)
Kevin Smith’s putrid performance and subsequent injury helped to install Neuse as the A’s starting third baseman. Neuse could stick as a starter but even if he doesn’t, he could find himself with enough PA shifting around the diamond to be valuable. His batting average is the key. Neuse is not a big power bat or speed asset, so he’ll need to hit at least .270 to be worth your time, regardless of how often he plays. The positional versatility helps.

I have seen the future and it is 35-player rosters featuring 23 relievers and zero starting pitchers. I’m old enough to remember when even in AL-only the idea of this many relievers being added would have been considered silly or frivolous. But as we continue to see the decline of the starting pitcher and the rise of the reliever, weeks like this will be the exception and not the rule.

I like King a lot, even if he never gets another save. One challenge with him is that he might be more of a middle or long reliever than a setup man, which means he might only pitch once or twice a week, limiting his vulture chances. Feyereisen is another very good reliever with a different challenge, which is that as an opener for the Rays he can’t get wins.

The offensive pickings were once again slim. The Angels plan on using Velazquez as their shortstop even after David Fletcher returns from the IL sometime this week. Haseley is still listed as a backup on the White Sox depth chart, but multiple injuries could thrust him into a full-time role.

Junis picked up a win on Friday as a bulk follower to Sam Long‘s opener, essentially getting in a start’s worth of work with five strong and efficient innings. He could be the next in line for a full-blown rotation spot if Alex Cobb or Anthony DeSclafani’s injuries turn out to be more serious than they currently seem. Kuhl has pitched very well and faces the rebuilding Reds this week, but even taking this into consideration is pitching at Coors. You can’t reserve active major leaguers in LABR unless you initially drafted them on reserve, which makes me cool on Kuhl. However, at $1 he’s easily droppable.