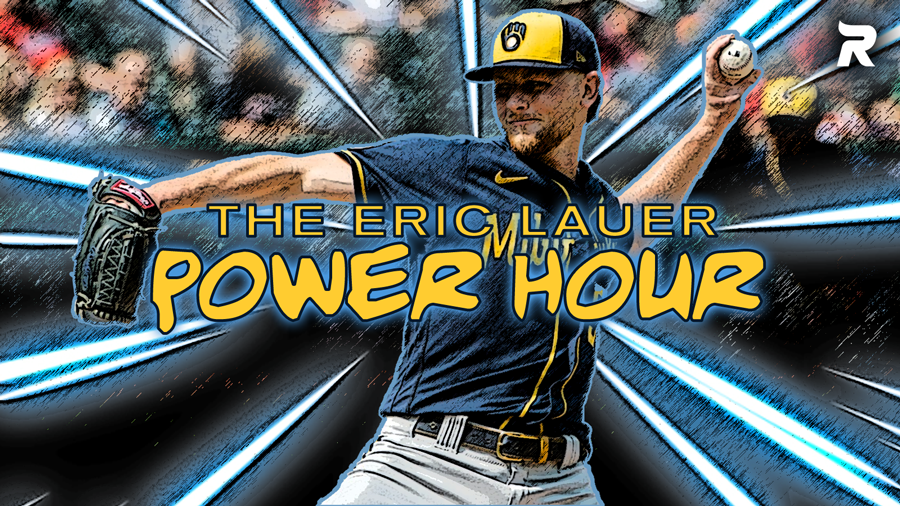 I wasn’t sure what I wanted to look at this early in the season. It’s still so early, what can we take away from roughly two weeks of games and many starters just barely having thrown 2 starts. Lorenzen had an intriguing debut for the Angels but an underwhelming second start. His command was not there and it showed, so scratch that idea. Thought a few other guys, but, there’s just not enough there yet to really chew on. I’ll say it again, what can pull from baseball this early? Well, there’s pitching velocity. We’ve all heard by now that Alex Cobb added nearly 2 mph to his velo this year… but someone else that’s going a bit unheralded is Eric Lauer.

After going to the Brewers along with Luis Urias in the Trent Grisham trade, Eric had an uneventful 2020 that was cut short but emerged last year as a stable back-of-the-rotation starter and posted a 3.19 ERA over 118 innings. “Okay, Brewers, Lauer, you got my attention,” I said to myself in the offseason. Lauer was another late-round target of mine in deeper drafts this year, and it seems there might be something cooking in that Milwaukee pitching factory.

Last year, despite moving to a hitter-friendly park, Eric Lauer posted his best season as a major leaguer while maintaining a HR/FB rate and raising his K-BB%. The metrics also reflect this improvement. What was it that worked for him? Aside from some subtle pitch mix changes, he increased his velocity. WHAT? Yes, I buried the lead. Or did I?

Yes. In 2021 his average velocity bumped up on his fastball from 91.8 in 2019 to 92.6 mph last year. Eric was on the cusp of that 93 mph threshold. Not only that, but he saw increases on all his pitches. Lauer leveled up. I did it again, there’s more. Yes, his velo made a leap last year, which is great. Do your eyes deceive you? Nay! Early radar data is showing he has increased his velo yet again! Lauer’s fastball now sits at 94.1 mph. Hello, what have we here? And once again, there’s a net increase on all his pitches, save the slider. This would be great news of its own accord; but, there’s yet something else that shows promise.

Eric Lauer has added horizontal movement to most of his pitches each year. The largest gain was with his cutter last year from a paltry 1.4 inches of movent to 4 inches. He already had plus drop on the pitch before, now it could dart in more on the hands of right-handed batters, and their average against dropped from .309 to .256, a difference of over 50 points. And now, this year, his changeup has increased from 14.1 to 16.5 inches. That’s huge. His 2 main offspeed weapons against his split weakness have been improved over the last couple of seasons. Are we looking a Milwaukee’s next SP breakout?

Maybe. Haha, I know, very confident. It’s still really early and possibly the velocity settles a bit lower as the season goes on. But it’s worth noting that Lauer never averaged over 94 mph in any game last year and his first start last year was at 93.1 mph. So something is clearly different. And the movement is real as well. Does it stick is the question.

His first start this year was a bit rough but his second last night was solid, 6 IP 5 hits 1 ER 5 K (albeit versus the Pirates). Lowercase yay. In shallower leagues, I’d keep an eye on him and possibly stream for weaker matchups, and in deeper leagues, he might be worth a speculative add in case he turns into something. There’s potential for a 3.65 ERA and 8.5-9 K/9 with a reasonable 1.10ish WHIP that could curb your ratios.

If you want more Coolwhip to top off your baseball experience, fantasy or otherwise, you can follow me on Twitter: @CoolwhipRB.