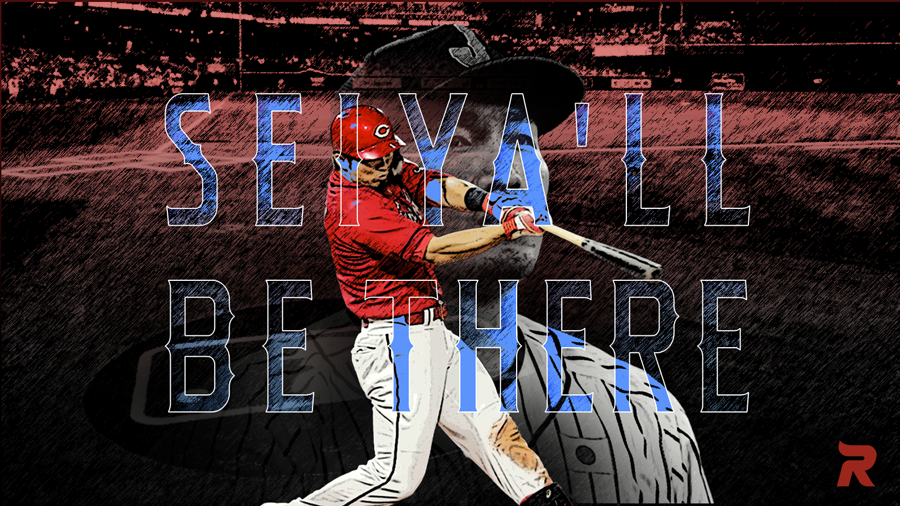 As the lockout rages on, we can’t do anything but collectively wait with eager anticipation for baseball to begin. Seiya Suzuki meanwhile, patiently sits back and bides his time to pursue a deal here. And while he waits, we wait. Where will he sign? If this takes too long, will he still be there?  This I swear to you, he WILL be coming. Coming off a career year just as he enters his prime in that magic age 27 season? He’ll be here ready to play.

I’ll begin this by saying projecting players is hard (nice hedging Coolwhip). We are all here just trying to make the best guesses we can based on the available data. This is even more true for foreign players coming from a different baseball meta than state-side players. Sometimes the skills translate to the MLB meta, and sometimes they don’t. There are subtle differences in mechanic philosophy, pitching strategy, batter goals, team dynamics… etc. Some things are just hard to account for. Some skills however aren’t. They translate no matter where you come from, and no matter where you go. And after some digging, I’m beginning to believe Seiya Suzuki has it.

I openly admit I could be season early on this train. After digging into his profile and the data, Suzuki is an intriguing player. Not the hype level of generational talent, Shohei Ohtani, but definitely gives off vibes of another big star from years past, but we’ll get to that in a minute…

Playing in the NPB Central League for Hiroshima Toyo, Suzuki’s power swing really came alive this past as he hit 38 bombs for the Carp. And with a career year like that, he is set to enter the free-agent market stateside. Though the power display was nice, the most impressive skill at the dish is his ability to get hits. For six years now (last 4 listed above) he has hit for a .300 AVG or above. And though he does offer pretty good speed, it would seem it’s more useful in the field than on the basepaths. That 25 is a real outlier even considering 16 the 2 seasons prior to 2018. Maybe it’s his ability to read the pitcher, get a proper jump? I’d need to see more film to get a good read on that; but, statistically speaking he could offer a handful of steals but barring some focused training, I wouldn’t hold out hope for double digits given MLB’s philosophical drift away from steals.

Let’s dive into that AVG. In the NPB he’s a career .315 hitter with a career .335 BABIP… So he’s a very effective hitter and gets on base. The key to his success is his eyes. He has a good eye for the zone and is willing to wait as indicated by his 16.3% walk rate and k-rate that was below 15% until this last season. The possible jump could be him shifting to a more aggressive approach which led to the boost in power. Possibly a desire for the HR or growing into his power, we’ll see. Last year’s boom was fueled in large part due to him developing a pull-side swing to maximize his power over the last couple of years increasing from 34.9% up to a new high of 40.4%, resulting in his best hard contact.

So the elite skills he has that will translate well here is his plate discipline. The good walk and k-rates are supported by his sub-20% chase rate (outside-swing%) and his sub-10% swinging-strike rate. He’s a very disciplined batter that swings at less than 40% of the pitches offered to him coupled with 90% zone contact rate. When he does swing, it’s at pitches in the zone, and most of the time he makes contact. That will travel anywhere. And it was then that he started to look very familiar…

After researching his profile all week, you know who the best comp is I can compare him to? Hideki Matsui. So far his career trajectory is following eerily close to that of Matsui, albeit from the right side of the plate. I realize that is a big comparison, but follow me here…

From a profile standpoint, his age 26 season (entering prime) looks to be spot on. Now, Matsui went on to play 2 more seasons in Japan before signing with the Yankees. One of which he hit 36 HR, and then a career-high 50 before coming state-side. If the pull power is no mirage he could be a Matsui clone, with a bit less homerun power and more double-to-gaps if the pull power doesn’t materialize right away due to velocity. The key for Suzuki, as with all international players is his ability to adjust to MLB velocity, namely the high fastball. Matsui handled it his first season in the league by prioritizing being a hard out, and focusing on contact.

That first year in New York, Hideki Matsui had the highest ground ball rate, line drive rate, and lowest hard% of his American career as he acclimated himself to the MLB game hitting many singles the other way before blossoming his next season when he hit 31 home runs and pushed his ISO up to .224 and became more of a pull hitter peaking at 47% that 3rd year. How soon Seiya can get comfortable pulling pitches will be the key to his power much like Matsui. And there’s a possibility he could sooner due to his athleticism and generate the rotational speed quicker. The comparisons don’t end here though as they cross over to plate discipline as well.

Comparing Matsui’s first year with the Yankees, we see very similar plate approach and discipline. Matsui’s patience and adjustment minimized his swing-and-miss as he focused on the zone, which is a skill that Suzuki shares and could utilize. It was when he decided to swing for more power the following year that the contact and swinging-strike rate falls in line with Suzuki’s power boosted approach that we just witnessed in 2021. It all comes back to the pull power.

So we see that he mirrors a lot of the Matsui archetypal hitter, but is there one in the MLB currently we can compare him to? Yes, there is. Bryan Reynolds in Pittsburg. Reynolds possesses a similar contact and plate discipline profile and as you see below, most of Reynolds’ power came to the pull side while hitting lefty. Suzuki isn’t a switch hitter, but I’d imagine his optimal power profile would look like the reverse of this. 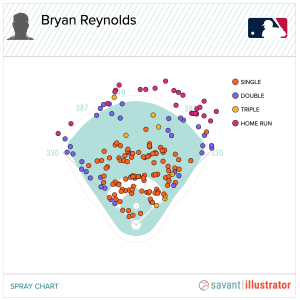 So what can we expect for Seiya Suzuki in his first season and beyond in MLB? Is he going to spice up our life? I believe his athleticism will help him adjust to the velocity here that others before did not do as well. Fukudome, Tsutsugo, and Akiyama before him were more swing and miss hitters even before coming over here and each came over later in their career and not at the peak of their prime. The plate discipline coupled with the high OBP and low-K approach I think will translate well. I see him producing a line similar to 21/5/.281 with a chance for more in HRs and AVG depending on the pull power and the counting stats depending a lot on the team he lands with. And then in years 2-3, I think he’ll add more power and as he gets more yoked working out with the team, but for now, I see it translating as a growth curve… could be late this year, could be next.

Will they feature him? Will he bat towards the top of the order or towards the back? That will likely depend on team depth. The most likely scenario being he starts in the 6-spot and then is moved up if he starts hot or adjusts well. But wherever he plays, I believe he will likely be somewhere as a near everyday player due to his plus defense and cannon of an arm in the outfield. In the NPB this last year he was 8+ WAR player, driven largely by his defense. At his current NFBC ADP around 216, he’ll be there as a low-cost dice roll and relatively balanced player that could be a plus asset in AVG for that late in a draft, not to mention his profile would play well in points leagues and best ball formats like RazzSlam.