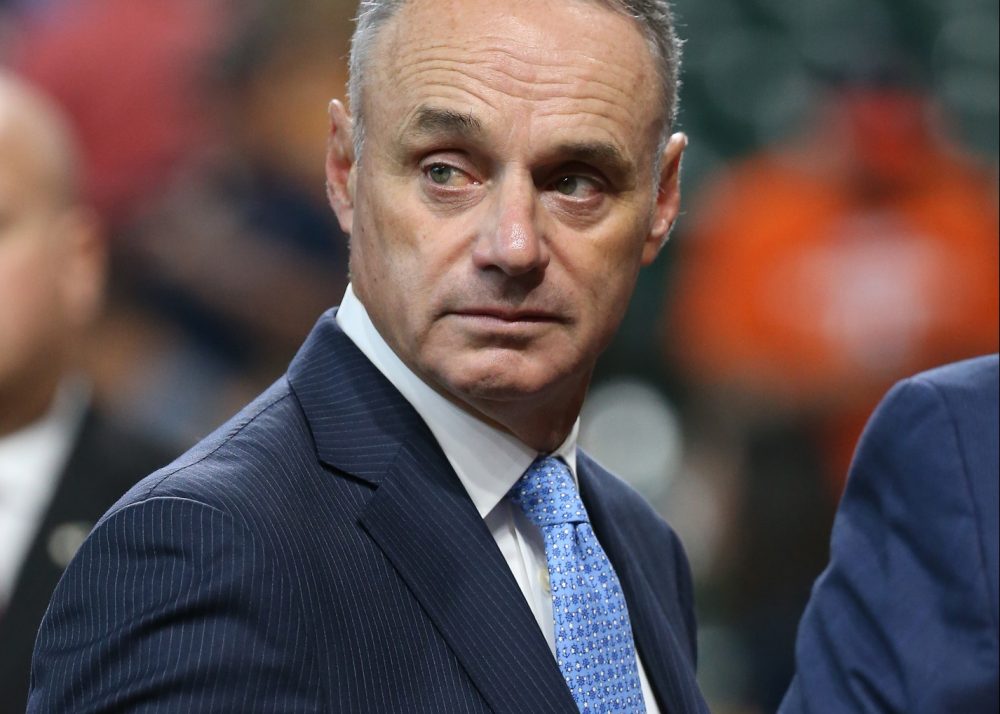 One of the fun things about MLB not opening up their books is that they can just tell fans that they’re going to go broke if they do X, and then hope that the fans believe it so the league can also tell the union that X is off the table. We experienced quite a bit of that in early 2020, when MLB claimed that they would lose money by playing games without fans, but then refused to open up the books to prove it, effectively ending their arguments that the players needed to have their pay slashed a second time.

One of said things MLB does not have to report on is their stake in regional sports networks. For example, last October, MLB claimed they had racked up $3 billion in debt by playing games without fans. It was pretty easy to explain that this $3 billion figure isn’t a significant one even if it sounds like it—$3 billion divided by 30 teams equals the far less imposing figure of $100 million per team, for instance—but that $3 billion didn’t account for MLB stakes in RSNs, either. So the number you should be dividing by 30 isn’t even the one MLB whined about in public: it’s a smaller one! Throw in that “debt” for an MLB team is not the same as debt for you or I (read Rob Mains on this for the first time or just as a reminder, people), that sports owners are notorious tax cheats thanks to asset classification loopholes, and that they feed disinfo to journalists on the regular to alter your perception of their finances, and it’s a wonder anyone ever believes a thing that they say about money.

Now, the kind of contracts MLB teams have with regional sports networks are unlikely to be renewable resources, at least at the kind of rates they’re getting now. While we don’t know about the details for many RSN deals, since MLB clubs stopped reporting on them once they realized bragging about the revenues caused everyone to realize what kind of money they were bringing in and not spending, we do know a few. The Rangers, for instance, signed a 20-year deal worth $80 million per year back in 2010. That was when cable was still going strong, and sports seemed like a key cog in keeping it that way. Now, things are a little different: cord-cutting continues to occur, even though streaming services sometimes have live sports pulled from them thanks to arguments over those contracts—NESN, the RSN that hosts the Red Sox and Bruins, vanished from Sony’s Vue service before that shut down, and now Disney is fighting with YouTube TV over ABC and ESPN—but there is still enough cord-cutting going on that there are concerns about the effectiveness of RSNs going forward.

The way MLB has historically negotiated when they believe that their television profits are in jeopardy is to… not. Back in the mid-80s, MLB signed a record television deal. Well, two record television deals, really. Their national television contract was split between both ABC and NBC, a five-year deal that started in 1984 worth $900 million over the life of the deal—that’s about $2.4 billion in today’s dollars after inflation. It was a huge victory… and then the ratings came in. Sports ratings, in general, fell during this period in television history. MLB began to fear that the national television money that had helped put millions in the pockets of owners and helped free agency become the juggernaut it was for the players was going to simply vanish. Then-commissioner Peter Ueberroth used those fears to convince MLB’s owners that they needed to start to act like businessmen, and to do so, they would need to collude against the players.

This isn’t me connecting some dots and guessing: the details of Ueberroth learning about the networks’ concerns and then relaying that info to the owners, at which point everyone agreed it was time to collude against the players, is from John Helyar’s Lords of the Realm. Here’s the twist to this story, though: MLB’s next television contract in 1989 was even larger.

The league managed to convince NBC and ABC to join a bidding war against CBS for the rights to broadcast nationally televised MLB games. Neither of ABC or NBC were happy with how much the previous deal had cost them. The thing is, though, that these contracts were also about prestige, and making sure your rivals did not have them. CBS had lost out on one major deal after another to their competitors—the most recent of those the 1992 Barcelona Olympics to NBC—and had money they had already hoped to have spent just burning a hole in their proverbial pocket. So, they ended up proposing a deal that NBC or ABC would never top: over $1 billion for just four years of national MLB games, a shorter contract for more total and annual money than the last one MLB had signed.

The point is that all of this panic that the TV money was going away, panic so severe it resulted in three years of collusion to keep free agent salaries down, ended up being for nothing. MLB figured out a way to keep things moving forward: by taking advantage of the relationships between network rivals in a way that would make the fallen ratings a secondary concern. RSNs might be struggling more than they were in 2010 when teams like the Rangers shocked everyone with 10-figure contracts for one team’s games, but MLB will find something new to replace that money, and more than likely, surpass it. They’re already figuring out ways to achieve that goal. The renewed deal with TBS is worth something like $2 billion annually, for instance, and that’s just one of the three national deals MLB has agreed to, the other two being with ESPN and FOX. They’re consider doing away with blackouts, and starting up a nationwide streaming service for access to local games—for cord-cutters—that would also rope in the NHL and NBA to ensure it is a massive success with millions of subscribers. Ask the Yankees and Red Sox how much better it is to own your RSN outright instead of having to negotiate with one for a piece of the profits, and then make that concept a national one that also involves fans of other sports.

And yet, with a lockout in place and collective bargaining ongoing, what you see more of out there than “hey, MLB is figuring out how to adapt and evolve so they continue to thrive” is “oh no, the money is going to dry up.” After all, the latter is a stronger bargaining position with the players than the former, and we already know that, historically, MLB wants to cut into the players’ profits if they fear their own are going to be harmed. There’s the above Ueberroth example, sure, but also, as Craig Goldstein wrote last year, MLB loves to privatize the profits, and socialize the losses. If MLB believes there are risks in their future, they want the players to absorb them. Never mind that MLB is already working on plans to live a thriving, rich life that doesn’t need to rely on deals with RSNs to work, or that they can lean on franchise valuations to basically borrow infinitely at low interest in order to fund other sources of non-baseball revenue to keep from the players in real estate or what have you, even though the source of said revenues were, in fact, baseball-related. The players are the ones who need to concern themselves with a potential loss in profits here, and that’s all.

The solution would be, of course, to attach multiple economic systems to revenue scaling. The minimum salary? Scale it to revenue so it isn’t hundreds of thousands of dollars per year behind where it should be if it had been. The luxury tax threshold? Scale ‘em, so MLB isn’t proposing new thresholds that are well over $100 million below what they’d already be at if they were tied to revenues. That arbitration replacement MLB proposed to the union, the pay-for-WAR one? It sucks, but if you’re going to do it, scale the algorithm to revenues. MLB doesn’t want to attach revenue scaling to anything, though: that might actually give the players a fair cut of all the money that the MLB machine prints each year. Like Craig said: MLB privatizes the profits.

Just remember that MLB is never honest about what their money looks like in the past, the present, or what it could look like in the future. They pretend there is no money to be made in MLB, even as we see year after year of record profits, even as MLB continually finds new sources of revenue to replace the old as advances in technology merit, even as billionaires like Steve Cohen spend multiple billions of dollars to buy the Mets. The Mets, for Christ’s sake! The lies aren’t always as obvious as the ones Manfred tells in his letters, but they’re misdirections and non-truths all the same, and we’d all be better off recognizing this more often than typically happens.

Marc Normandin currently writes on baseball’s labor issues and more at marcnormandin.com, which you can read for free but support through his Patreon. He is one of the founding members of Publication To Be Named Later, and his baseball writing has appeared at SB Nation, Deadspin, Sports Illustrated, ESPN, Sports on Earth, The Guardian, The Nation, and TalkPoverty.