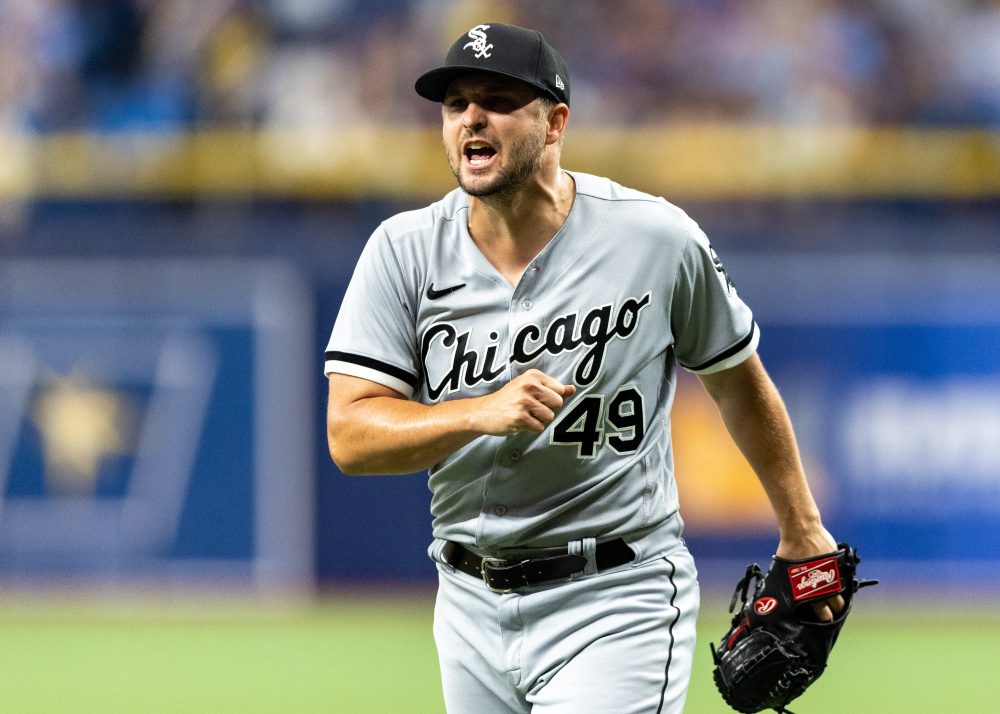 Welcome back to the FAAB Review, the column that reviews the goings-on in multiple analyst leagues in the hopes we can help you with your own FAAB bidding process and habits. This column will mostly focus on The Great Fantasy Baseball Invitational (TGFBI), a contest that contains 31 leagues of 15 teams each and crowns an overall champion. We’ll look at the 10 most popular FAAB buys in those leagues every week. We’ll also focus on some highlights in Tout Wars AL and LABR NL, two deeper industry leagues.

Kendall Graveman $68 (Max bid: $199, Min bid: $11)
As a Mariner, Graveman reinvented himself in 2021 as a reliever who briefly got an opportunity to close before being traded to the Astros in a deadline deal. As a White Sox (Sock?), he has yet another opportunity to close thanks to a Liam Hendriks forearm injury. How valuable Graveman is the rest of the way hinges upon whether Hendriks’ injury is minor (the team is saying three weeks) or major (forearm injuries often are a harbinger of something worse). If you need saves, I don’t mind an $80-100 bid and accepting the sunk cost if Hendriks comes back around the all-star break.

CJ Abrams $44 ($115, $1)
Abrams was only taken in 11 TGFBI leagues, but this is because he was on reserve in most of the others. A Manny Machado injury opens the door for Abrams to get another shot at regular at bats for the Padres. He flopped in his first big league trial but was hitting a solid .314/.364/.507 at Triple-A El Paso. The PCL context must be considered, but Abrams’ speed and the potential for regular playing time make him a valuable addition even if he only hits .250 or so.

Anthony DeSclafani $35 ($134, $1)
DeSclafani made three April starts before injuring his ankle and landing on the IL. He’s slated to return tomorrow at Atlanta, which means he’s also projected to get a second start at home against the Reds. In leagues like Tout Wars with mid-week activations I’d keep him on the bench until he faces Cincinnati. In TGFBI you must choose, and I’d lean toward using DeSclafani if I had him. Ignore the 6.08 ERA. He could post a mark in the high threes and is a useful #4 or #5 in deep mixed if he returns to form.

Jarren Duran $26 ($52, $6)
Enrique Hernández is due to return from the IL later this week, which means Duran could find himself back at Triple-A yet again. A sample size of 29 plate appearances is far too small to draw any meaningful conclusions, particularly since Duran has been yo-yo’ d between the majors and minors. The speed is impressive, but his contact abilities and prowess against the fastball remain in question, and we won’t know more until we see him get at least 100-200 PA against big league pitching.

Orlando Arcia $24 ($78, $1)
Once a highly regarded prospect with the Brewers, Arcia had a decent campaign in his first full season for Milwaukee in 2017 and then struggled for years before becoming a bench bat. He’s with Atlanta now, and Ozzie Albies’ foot injury has opened the door for everyday at bats at second base. Arcia is on fire and while he should cool off, all he needs to do is hit 5-6 home runs over the next couple of months to be worth this sort of bid and hold down a roster slot as a third middle infielder.

Brian Serven $21 ($112, $1)
Serven is gradually starting to wrestle the Rockies catching job away from former incumbent Elias Díaz. I don’t have much of an opinion of Serven and am not thrilled about nabbing a backstop whose value mostly derives from Coors, but I said the same thing about Díaz last year before he erupted in the second half. At the very least I’d give serious consideration to dumping Díaz for Serven, and there are likely at least half a dozen catchers rostered in your two-catcher mixed league who should be cast aside for Serven.

Brad Hand $18 ($35, $1)
Based on merit, Seranthony Domínguez should be the Phillies closer. Based on experience, Hand deserves the opportunity. The Phillies yanked Corey Knebel from the role and Hand had the first two save chances. If he had converted both chances, he would have commanded far more robust bids, but he blew the save on Saturday and Domínguez came in and cleaned up the mess for a save of his own. I wish I could tell Phillies manager Rob Thomson that you do not, under any circumstances, have to Hand it to him, but in the short-term this will probably be a committee. In the long-term I suspect Domínguez gets the job, which means that despite their surnames he will be the one with the upper hand.

Edward Olivares $17 ($40, $2)
Olivares has been out of action for a little over a month with a quadriceps injury. He started a rehab assignment with the Royals 10 days ago and should return to major-league action shortly. He is an extremely toolsy player who has never lived up to expectations but also never really received a clean shot at playing time. Olivares could supplant Kyle Isbel in right field and get a clean opportunity but could also wind up mostly on the bench or on the short side of a platoon.

Dylan Moore $16 ($77, $1)
Moore has started five of the last six games for the Mariners and with the team absolutely ravaged by injuries will likely continue playing as a super sub. He is hitting a paltry .192 but walks frequently and is fast, with nine steals in 99 PA. Moore’s value rests in his legs and while Jon Berti is justifiably getting all the attention, Moore is a more subtle add as a legitimate steals threat if you’re looking for that sort of thing. Just be aware that the bottom could fall out quickly because a .180 AVG is a distinct possibility.

Zach Davies $11 ($35, $2)
Davies has rediscovered the modest success he had earlier in his career with the Brewers and his peripherals say he is performing even better than that. There aren’t enough strikeouts to get excited, but he is a useful backend starter and streaming option if you know where to pick your spots. If you need volume Davies is a serviceable play this week in San Diego and home against the Tigers.

Brieske was the only AL player this week who generated multiple, double-digit bids. The Tigers hurler has been great in his last three starts (0.96 ERA in 18 2/3 innings), but the strikeout rate and BABIP are both low. He gets a two-start week. If you use him, hope and pray that first game at Boston doesn’t end in disaster.

Moore and Upton are this year’s “wait, they’re still playing?” AL-only winning bids. Moore has revitalized his career as a reliever and there are whispers that he could supplant Joe Barlow as the closer if Barlow struggles. Upton has done very little in the minors or majors this season, but the Mariners have almost no one else left to put in there.

Rockies starting pitchers have a 4.93 ERA at home and a 4.86 ERA on the road. These indicators don’t tell the entire story – their strikeout percentage away from Coors is three percent higher while their home run rate is 0.8 per nine innings on the road compared to 1.2 at home – but as a group Colorado starters simply haven’t been good. Feltner is by far the most intriguing Rockies starter for fantasy because of his solid strikeout rate, but I’d still pass. It is also important to note that LABR mono leagues don’t let you reserve FAAB pickups unless they get hurt or are sent to the minors. “Don’t ride or die with Rockies pitchers” is solid fantasy advice and would make a great t-shirt, too.