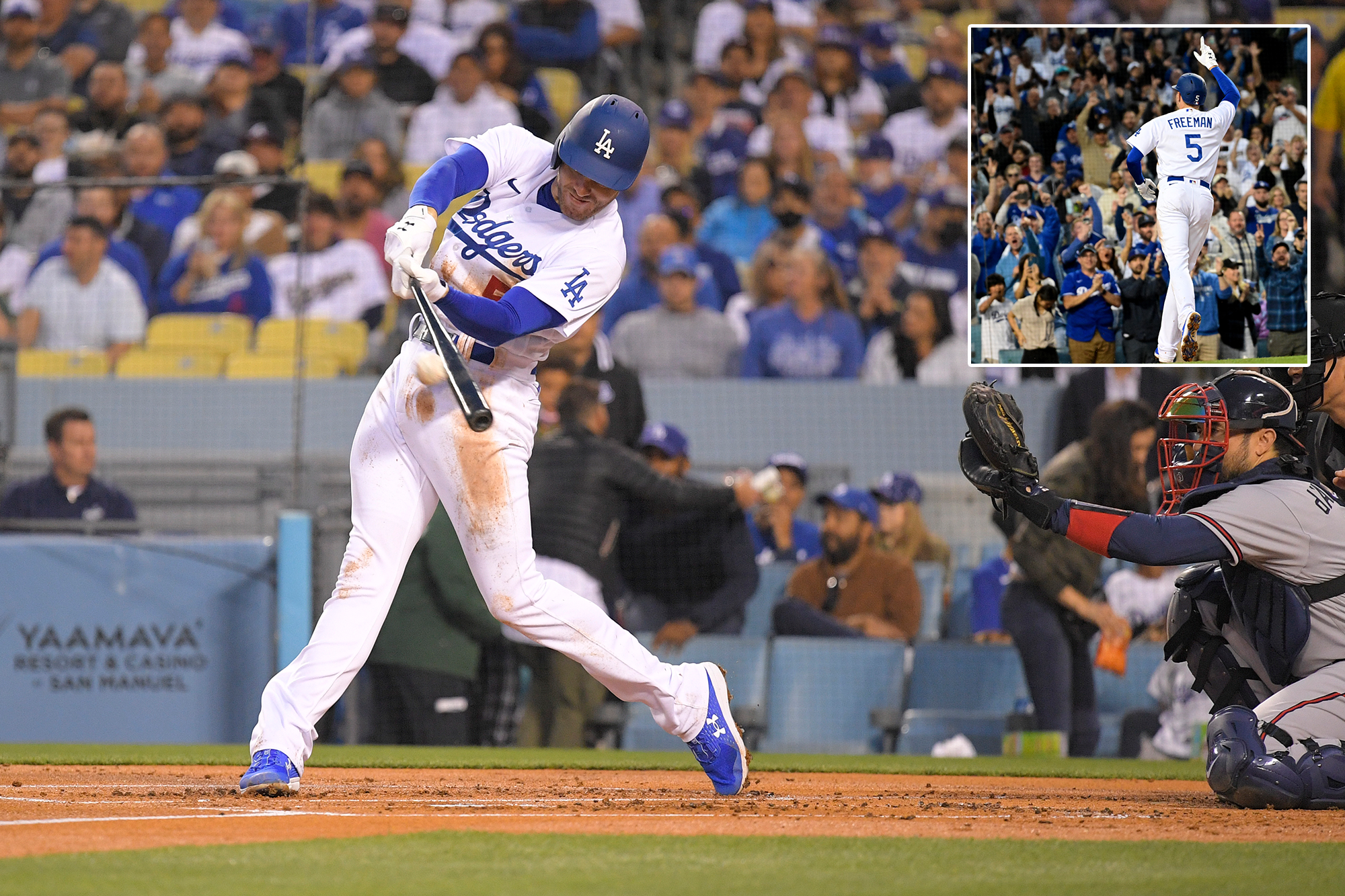 Freddie Freeman shed some pregame tears remembering his days with Atlanta heading into his first matchup against the Braves since signing with the Dodgers in March, but those didn’t last long.

There’s no crying in baseball, after all.

In his first at-bat against his former team, the Los Angeles first baseman took Braves starter Huascar Ynoa deep to give the Dodgers a 1-0 lead in the first inning of the team’s 7-4 win. The longball marked Freeman’s first home run as a member of the Dodgers.

Freeman, who spent his first 12 seasons in Atlanta and won a World Series ring there last season, drove an 0-1 pitch over the left-center wall, bringing the Dodger Stadium crowd to its feet.

Before the game, Freeman got emotional while discussing the Dodgers’ trip to Atlanta in June during an interview with Kelly Crull of Bally Sports South.

“I’m looking forward to seeing them again and playing in front of them again because that’s one of my favorite places on earth,” Freeman told Crull before getting choked up.

“I love Braves country and always will.”