All together, “Say it for always…That’s the way it should be!”

And he’s signed by the Cubs! Um, Seiya Suzuki not Lionel Richie, Though, how’s Lionel’s arm? The Cubs could use a starter. “Hello, is it me you’re looking for?” That’s Lionel Richie picking up the bullpen phone. All right, enough giggles, this move’s got me all fired up! Seiya Suzuki just landed in a top five situation. The lineup around him is whatever, but that’s better for him. No way the Cubs pull any nonsense like platooning him or resting him more than he needs. As the new Cubs starter Lionel Richie would say, “We’re going to Party, Karamu, Fiesta, forever!” Also, Wrigley gives Seiya the little extra bang for his power buck that you want to see. Saw him as a 23-29 homer guy. A much bigger range than you want, but he landed in a solid spot that will give him the top-end of his homer range. “I’ve got this feeling down deep in my soul that Seiya just can’t lose!” That’s right, Lionel! Finally, Seiya’s speed was likely five to 12 range. Again, big range, bigger than you want, but he prolly lands on the high-end of that because the Cubs won’t slow him. “Woo-oh, what a feeling (Woo-oh, what a feeling).” I got it too, Lionel! I’ve done a big update on the outfielders rankings and moved Seiya up to the top 40 outfielders for 2022 fantasy baseball, and he’s now on the tail-end of the top 100 for 2022 fantasy baseball. Also, my top 500 for 2022 fantasy baseball has been updated. For a huge breakdown of Seiya, check out Coolwhip’s Seiya Suzuki fantasy. It’s worth the read. Anyway, here’s what else I saw this preseason for 2022 fantasy baseball:

Rafael Ortega – With the Hiya to Seiya, some might be moving down Ortega, Clint Frazier or Heyward in their rankings, but, in my top 100 outfielders, those guys were already buried, so I’m not changing them. On a related note, Clint Frazier’s gonna be a 35-year-old post-hype sleeper.

David Robertson – Signed with the Cubs. Interesting. Places hand on an emoji’s chin. Does Robertson become the closer? Rowan Wick is there, but has no command. Robertson is 36, and returning from Tommy John surgery. Right now, on our bullpen chart, it’s a timeshare, only you don’t get $20 in chips for visiting this one. On my top 500, I put Robertson as the head of the committee, but I don’t know yet.

Freddie Freeman – Signed with the Dodgers. Dodgers’ lineup is now Freddie Freeman, Trea Turner, Mookie Betts, 1954 Willie Mays, John Cazale coming off The Deer Hunter, King Edward the Great and Gandhi. Watch out when they get Dustin May back! Okay, in reality, it’s not too far off.

And somehow they’ll lose to Darin Ruf, Wilmer Flores and the Giants

So, Dodger Stadium became a launching pad sometime around 2017. My guess is Rob Manfred and Magic Johnson made a deal, and Magic said the Dodgers would spend $400 million per year, if MLB would supply them with Super Bouncey baseballs. You thinking MLB is above that chicanery is cute because of your naïveté. Hopefully, Manfred didn’t agree to also watch the HBO show about Magic and the Lakers, because that is painful. Here I thought John C. Reilly could do no wrong. Woof, mistaken there. Freeman was going to be great wherever he ended up, and LA is as good a landing spot as any. I’ve updated him in the top 20 for 2022 fantasy baseball.

Kris Bryant – Signed with the Rockies to be a part of their rebuild. I’m joking! The Rockies are the dumbest organization. I know they play in Coors, but do the Rockies also have to act drunk? The Rockies’ rebuild is just running around in circles for decades. Rockies’ owner Dick Monfort, “Can’t believe we’ve got Kris Bryant locked up until he’s 37. We are so smart,” as Monfort pushes on a door that says pull. A no-trade, seven-year deal to a 30-year-old Kris Bryant is honestly one of the funniest things I’ve heard in a while. Thank you, Rockies. So, this is great for Kris Bryant, obviously. He might just hit .300 with 30 homers. This is the anti-Winker as far as fantasy value goes. Going to be conservative, but I’ve moved Bryant up a whole tier in the top 20 1st basemen, (and in top 20 3rd basemen and top 40 outfielders) and upped his projections.

Kyle Schwarber – Signed with the Phils, because he spent a weekend in Vegas, when he was young, and ran into Bryce Harper in the Circus, Circus parking lot, asking everyone that walked in, “Is that a clown casino, bro?” Schwarber is about the same no matter the landing spot, but Citizens should welcome him, assuming his paperwork is in order. He’s been updated in the top 20 1st basemen.

Matt Chapman – Traded to Toronto. Where Vlad Jr. has great contact, Chapman lacks. The ying to Cake Batter’s yang. I will call him, Bake Catter. He was updated in the top 20 3rd basemen and Santiago Espinal was removed.

Chris Sale – Stress fracture in his rib cage and it will be weeks, not days, and now I have a stress fracture in my brain. I’ve moved his projections and rankings down in my top 40 starters, and I would no longer draft him so he was removed from the pitchers’ pairing tool, and would like to trade you the shares I already have. Who wants some? We got a Sale sale!

Eddie Rosario – Re-signed with the Braves. “Let’s run this shizz back!” I scream at my life-size Chipper Jones poster of him in jorts. Makes me super glad I didn’t bother ranking and projecting Drew Waters too. Waters’s fantasy value, like holding water in your hand. Damn, I’m poetic, and am aware of it. Rosario seems to be underappreciated in fantasy circles. Not sure why. I compared him in my Byron Buxton overrated post as being a cheap Buxton. Call him Coinston. He’s updated in my top 40 outfielders.

Joc Pederson – Signed with the Giants. That team loves themselves some platoon players, especially aging ones. You either die a hero or live long enough to become a platoon player in San Fran. Giants are so crazy about platooning watch them platoon Joc with Carl’s Jr. Jr., who is also a lefty. More than likely, Joc will platoon with the dogpound, Ruf.  I’ve updated the top 100 outfielders.

Andrew Chafin – Signed with the Tigers. This deal can be summed up with, “Carole Baskin.” Ya know, Chafin/Tigers.

Zack Greinke – Signed with the Royals. “Zack is back” is a headline on The Kansas City Star and would also be the longest sentence Greinke has ever said besides, “Chipotle’s guac is too expensive.” He was updated in the top 100 starters.

Amir Garrett – Traded to the Royals. This is gonna be huge for the Royals (next time someone throws at one of their batters).

Mike Minor – Traded to the Reds. Yo, I don’t know who Minor screwed over in a past life, but going to the Reds? My man needs to fix his chakras! At least guys traded to the A’s will be going to a good park. Going to Cincy? For a team not competing? Seriously, go see a karma healer. He was updated in the top 100 starters.

Donovan Solano – Signed with the Reds. Wish they would’ve included some shizz in the new CBA that if a team is tanking, they have to at least play their prospects. Signing the 34-year-old Solano is some brainworm nonsense that will drive me crazy if I allow it, and I prolly will allow it.

Anthony Rizzo – Signed with the Yanks. A lot of people confusing lineup strength with being a good thing for fantasy. So, I will clarify here, as I have a few dozen times before, and will again after this. Volume is more important than lineup strength, and park is most important. Yankee Stadium is great, but their lineup is rich with options, which is not good. Rizzo will be rested for anything and everything, and, if Rizzo struggles for a second, he’ll be platooned. If he were in a good park with no options, like say Coors, then he’d move up the rankings. I’ve moved him down a little bit in the top 20 1st basemen for 2022 fantasy baseball. For 2022, I’ll give Rizzo projections of 72/25/79/.246/4 in 476 ABs.

Brad Miller – Signed with the Rangers. Brad Miller is the guy, who stands five feet from you the whole night at a party, telling every girl that you have bad gas. Brad Miller: The ultimate prospblock everywhere he goes. So, Rangers finally have their 3rd baseman, and I have removed Andy Ibanez from the rankings. Let’s never speak of him again. In fact, let’s never speak of Brad Miller either, except for the random week in June when he’s a hot schmotato.

Greg Holland – Signed with the Rangers. In a statement, Holland said, “Don’t kiss these tulips goodbye just yet.”

Lance McCullers – Said he has a flexor tendon injury, not an UCL issue. McCullers then attempted to give a thumbs up, but it hurt too much.

Giovanny Gallegos – Cards keep saying Gallegos won’t be the closer, like A) They’re trying to lower his draft price. B) They have other options. C) There’s no C.

Jack Flaherty – Sent to a doctor about his shoulder. The one benefit to drafting early is all the guys I peg as injury risks that I’m out on are still being drafted. Then they get injured in camp and there’s no advantage to drafting. Also, you think my pitcher rankings are the best, but they’re even better for all the guys I tell you to ignore early on, before everyone else dodges a tomato–excuse me, catches up.

Jeff McNeil – Showalter said McNeil will be the Mets’ everyday 2B. Is that a threat? Is he filling out his lineup card with cut-out magazine letters? If you give McNeil 400 ABs, he’s projected for 10/4/.260, so, yeah.

Nick Martinez – Signed with the Padres. Was told he’s being added tonight to our pitcher projections. Will be interesting to see what Steamer thinks of him. I know what I think of him, a gentile Josh Lindblom. Call him Nick Retail. Interested in seeing how the projections look, but my take is he’s kinda meh. Good for roughly 130 IP, and first one out of the rotation for a better arm to become a long-man in the pen. What’s kinda funny in an unfunny way, I added him to my top 100 starters, and ranked him around 520 overall, then looked up his ADP and it’s 511, so general enthusiasm is about same.

Chris Owings – Signed with the Orioles. A guy signs on a bad team and the first thing that comes to mind, “Who was he signed to block?” Very normal stuff. As far as I can tell Owings wasn’t signed to block anyone, but maybe platoon with Ramon Urias, which is less of a compliment to Owings and more an indictment of Urias. Not sure why the O’s wouldn’t be playing Mateo full-time, and I might need to lower him in my rankings. Will wait to see how things look in camp.

Heath Hembree – Signed with the Pirates. So, that’s where he is! I loved Heath Hembree in Can’t Hardly Wait. Bullpen chart is updated.

Daniel Vogelbach – Signed with the Pirates. In limited ABs last year with the Brewers (better park), Vogelbach hit 9 HRs in 215 ABs and .219. That’s not, as they say, good. Also, Vogelbach only works in limited ABs, maybe because he actually only has one big ab. We did get an exclusive of him on his new team. Pictured below is Bryan Reynolds walking in front of Yoshi Tsutsugo and Daniel Vogelbach: 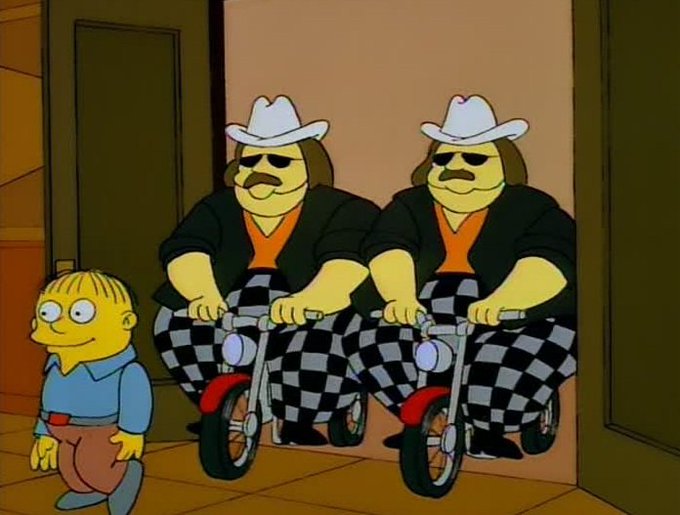