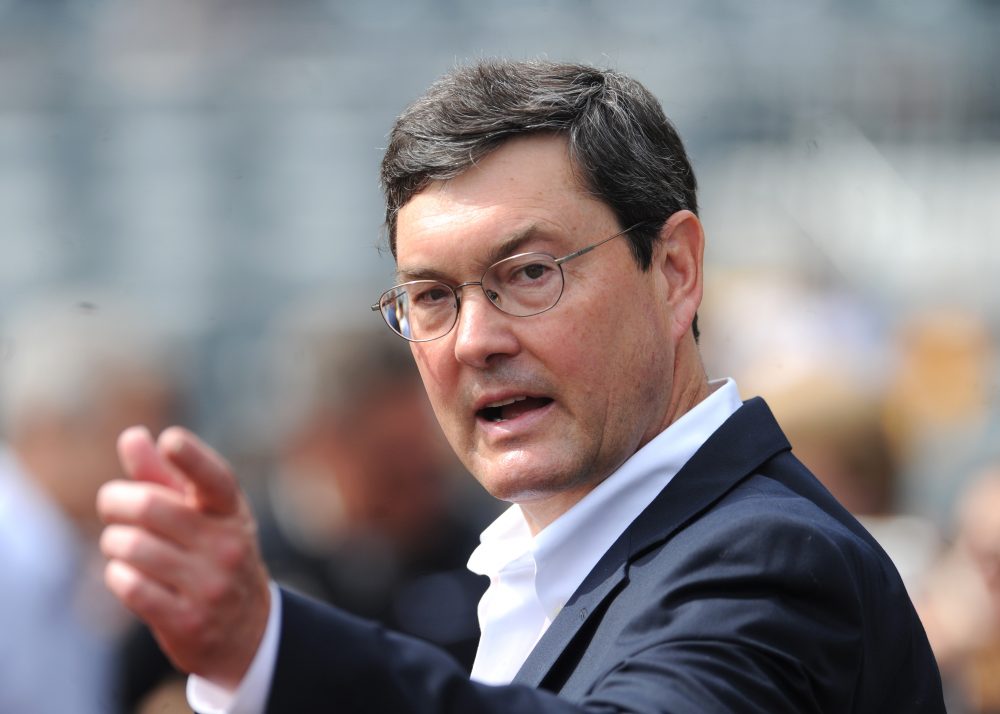 We’ve already talked a bit about whether the Players Association appropriately addressed competition concerns in the new collective bargaining agreement—the short answer is “check back later,” the longer answer is right here. Let’s pull a specific section of that article from March out for April purposes, though:

The problem is that there really is no mechanism forcing teams to spend more just because the luxury tax threshold is higher. The Mets, under the seemingly free-spending Steve Cohen, are going to blow by the thresholds to the point a fourth one was introduced just for him, and the Dodgers will be happy to still act like they did in 2021 on occasion if it’s not going to cost them first-round draft picks. But you’ve already got teams like the Red Sox publicly pointing out that they’re glad to have more flexibility with the new thresholds, even if they aren’t necessarily going to use it—as is so often the case with that little buzzword execs love so much—while clubs like the Reds and A’s have continued apace with blowing it up, again, all while pretending this isn’t just part of a never ending cycle of rebuilding that never results in anything actually being built.

Theoretically, yes, teams will spend more. Without a salary floor, however, we’re more likely to just see the Dodgers and Mets spend more because they can do so with slightly lesser penalties than they had under the previous CBA thanks to the higher thresholds. The Yankees and Red Sox and others love their revenue-sharing rebate checks and profits too much to stop behaving the way they did under much of the previous CBA, and you’re unlikely to see a whole bunch of teams follow in the footsteps of the Padres to go all-in when San Diego has little to show for it so far besides a long list of poorly timed injuries to key players.

That ended up being a pretty good “random” sample of teams to mention, huh? The Dodgers signed Freddie Freeman because they could, the Yankees spent more, yes, but not like they can or should, the Reds blew up their team even more and then got salty with fans for not being thrilled with that turn of events, and the A’s… let’s talk about the A’s. The A’s, thanks to the new CBA, are receiving revenue-sharing checks once again. They won 86 games in 2021, saw the postseason expand by two teams, and decided that, despite the revenue-sharing and MLB’s incoming sources of new revenue and the jump in shared television dollars, that it was time to hit reset. Again. Oh, and they raised ticket prices some more. Ginny Searle went deep on the A’s and how their behavior is just allowed for some reason earlier this week, so, read that, too.

The A’s and Reds aren’t alone in purposely disappointing everyone who might care about them, of course. The Pirates were the first team to decide that they were still happy to play the service-time manipulation game, and they’re also in the midst of denying the hard-fought reporting that says the club makes enough money just on the gate to cover their payroll—never mind what’s left for Bob Nutting and the Pirates’ investors after the revenue-sharing and television checks cash.

That’s also not it. The Guardians’ payroll, calculated for luxury tax purposes, was at $90.3 million on Opening Day. The Diamondbacks are just over $100 million, at $102.7 million. The Orioles? $64.8 million. The A’s are at $60.8 million after cutting and cutting, the Pirates at $74.6 million. Why are any of these teams allowed to do this? Because there is no salary floor, just a tax for trying. Teams are not punished for not caring and not attempting to build a winner: they are only punished for trying too hard, for using the full extent of their vast resources. That’s why there’s now a “Steve Cohen tax” in the new CBA, because someone even wealthier than all the wealthy guys showed up to the party.

If you want to complain about potential competitive balance ramifications for losing the luxury tax threshold, that’s your right, I guess, as out-of-touch as it is considering the kind of money floating around these days. As much as I’d love the Not Technically A Cap threshold to vanish in the ether, though, that’s not what I want to argue about today. In case you didn’t click the earlier Pirates’ story for the full details, their annual gate has covered their payroll many a time of late, and will surely do so again, and starting in 2022 they’ll also get at least another $100 million just from local and national television deals, plus revenue-sharing. The Pirates, and every other team in the league, could sign and trade for more players than they do and spend more money than they do, but they don’t, because nothing is forcing them to do so.

MLB has a “Steve Cohen tax,” but what it really needs is a Bob Nutting Tax. The league needs a salary floor. It needs punishments in place for not spending that are as aggressive as the ones the owners wished they could have made the players agree to for the luxury tax this past winter. Losing draft picks, having to pay monetary penalties, losing access to revenue-sharing dollars and rebate checks—all of it. Make it so a team not spending $100 million or $120 million or whatever the figure would be loses even more by not making up the difference between the payroll they want to have and the payroll they, by CBA mandate, need to have. Hell, make them pay the difference between those two figures into the central fund, lop that amount off of their revenue-sharing check and redistribute it among all the eligible teams that did exceed the minimum, whatever you need to do to ensure the money is going to be “spent” one way or another. There’s no reason a salary floor can’t work, and in a way that spurs competition, except for that all of the owners running a full or partial grift each year would be violently opposed to instituting one.

There are obviously some differences of opinion between the so-called “small-market” teams and the larger market ones, but those differences have not caused enough of a rift in the kind of wealthy guy solidarity former commissioner Bud Selig taught them all to embody after the wave of labor losses of the 90s. Which means, as much as Hal Steinbrenner’s dad is likely haunting his dreams every night for worrying so much about the luxury tax threshold and rebate checks when he could be attempting to crush the foes of the empire instead, Hal isn’t going to make a big stink about the Bob Nuttings of the world. Even if they are simply cashing checks the Yankees write, which is precisely what Selig told The Boss wasn’t going to happen with this new revenue-sharing program that George was pretty sure was dreamed up by communists.

Which is a long way of saying that a salary floor is not going to be something that the Players Association could easily win. The league proposed adding one themselves this past winter, but in the same proposal they also significantly cut into the luxury tax threshold by making it $180 million—a setup that would actually have cost the players money. It was theater, sure, but it was also school play levels of convincing as far as the performance went. This shouldn’t deter the PA from demanding a salary floor next time out, though. Just keep taking notes on all of these teams that refuse to spend, to try, that tell their fans they deserve patience they don’t, that raise ticket prices and jettison talent once it makes seven figures, that put the grift over the on-field product. And then make a salary floor one of the priorities of the agreement that will be bargained less than five years from now.

Marc Normandin currently writes on baseball’s labor issues and more at marcnormandin.com, which you can read for free but support through his Patreon. His baseball writing has appeared at SB Nation, Defector, Deadspin, Sports Illustrated, ESPN, Sports on Earth, The Guardian, The Nation, FAIR, and TalkPoverty, and you can read his takes on retro video games at Retro XP.